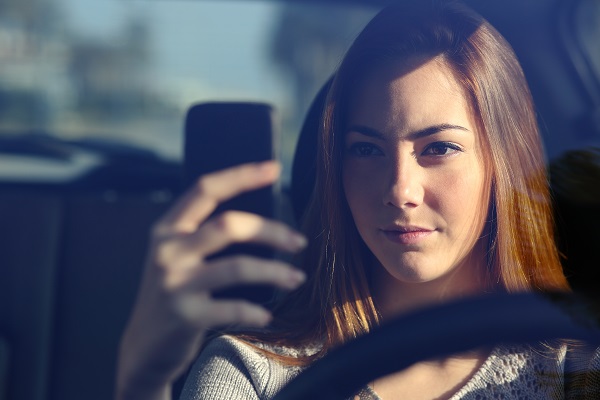 Every day in the U.S., eight people are killed in crashes involving distracted drivers. In fact, the problem of texting while driving has become so prevalent that many state and federal agencies are looking to novel solutions to combat this growing problem. One particularly innovative solution is currently being considered by the New York legislature.

This proposed law would allow police to use a new technology to investigate distracted driving: the textalyzer. Like a breathalyzer test, the textalyzer is a portable device that can help officers detect whether a driver is impaired. However, instead of delivering an instantaneous measure of blood alcohol content, the textalyzer attaches to a cellular phone and can instantaneously tell officers whether the owner has been texting while driving. The device, which has some controls that protect the content of text messages, could tell officers if the keyboard had been pressed and how often.

A device like the textalyzer could be particularly useful to those who are injured by distracted drivers. Despite the prevalence of distracted driving, there are few local protocols and no nationwide protocols to investigate whether a driver was texting at the time of the crash. As many accident victims have discovered, it  rare that police preserve this evidence. In fact, unless witnesses observe that a driver was texting prior to an accident, it is difficult or impossible to prove. While a subpoena to the driver’s cell phone provider can help show whether the driver was on the phone at the time, it often will not show internet based activity, like social media or webpages.

The NY law mentioned above has been promoted by one New York family who lost a son to a distracted driver. In that case, the family had discovered that the driver was using his phone at the time of the crash. The family subpoenaed the driver’s telephone records and discovered that the driver’s cell phone was inside the totaled car at the junk yard; investigators had never even attempted to perform forensics or determine if the driver was using it during the crash. Without a protocol to gather and process evidence, distracted drivers are not held responsible, and their victims risk going uncompensated for the harm they cause.

If you have been injured in an automobile crash and suspect distracted driving was involved, Georgia personal injury attorney Frank Harris knows how to help. Call our office now at 678-483-8657 or contact us at info@FrankHarrisLaw.com, and let us investigate your situation, explore your options, and begin building a strong case on your behalf.  You can also visit our website at www.FrankHarrisLaw.com.